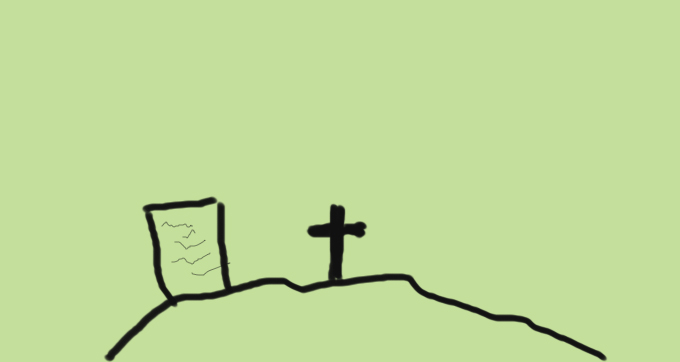 The question everybody seems to be asking is, do good people go to heaven when they die?

On a previous posts in regards to this topic-, I’ve already shown where God’s Word says that aside from Christ, NO MAN, IS or HAS- GONE TO HEAVEN (John 3:13). I’ve shown where it says that GOD “ALONE” IS IMMORTAL (1 Timothy 6:15-16). I’ve shown where we aren’t presently bestowed with inherent eternal life (immortality), but instead, that we shall have it IN THE WORLD TO COME (Mark 10:30).

These Biblical references clearly prove that man DOES NOT go to heaven (or hell) at the moment of an earthly death. Overall, the bible is very EXPLICIT about this. But! This isn’t enough for those who have their “Christian” reputations to uphold. Especially when they’ve already gone out on a limb and have openly made their case to others, that WE DO go to heaven (or hell) immediately at death by way of inherent immortality. They will be too proud to ever admit that all along, they’ve been wrong on this and many other things. I’ve seen it time and time again. The exceptions are very rare indeed. But, they do exist. Especially among those who are SINCERELY interested in The Truth.

And speaking of TRUTH, let Christ have the final word on this topic. So let’s pose the question:

Does a man IN CHRIST go IMMEDIATELY to heaven at the moment of an earthly death?

For the answer, let us VERY CAREFULLY follow Jesus along as He spoke:

Jesus was referring to His fast approaching death and resurrection to the Father IN HEAVEN.

Jesus answered him, “Where I am going YOU CANNOT FOLLOW ME NOW, but later YOU will follow Me.”

Again, Christ stresses the point that where He is going, He CANNOT be followed there by anyone. At least not until sometime later.

So WHERE was He going?

John 14:2 – In My FATHER’S HOUSE are many mansions; if it were not so, I would have told you. I GO TO PREPARE A PLACE FOR YOU.

Clearly, He was leaving to be with His Father. And His Father dwells IN HEAVEN.

So, WHEN will we be able to follow and always be with Him? At the moment we die? Or at some other time?

John 14:3 – And if I go and prepare a place for you, I will COME AGAIN and I WILL RECEIVE YOU unto Myself; SO THAT WHERE I AM, there YOU MAY BE ALSO.

WOW! What an astonishing revelation from CHRIST HIMSELF!!!

He alone has delivered the death blow to this false theory and SOLIDIFIES the fact that NO ONE goes to heaven when they die.

So, Do Good People Go to Heaven When They Die?

He says that it is ONLY WHEN HE RETURNS AGAIN and GATHERS US unto Himself, that we shall be with Him and follow him henceforth, AND NOT ONE SECOND BEFORE THAT!

I HOPE you believe our Savior’s words.