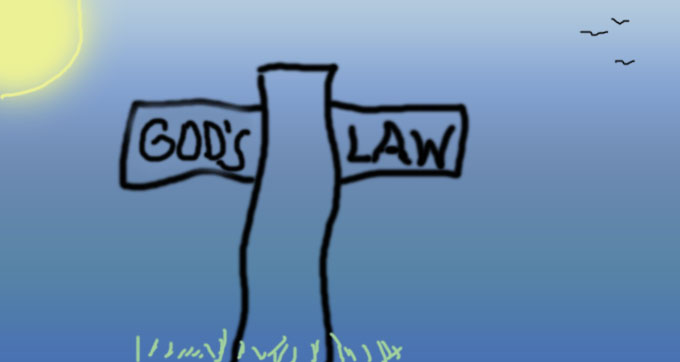 God’s Law, is it relevant today?

Did the Apostle Paul teach that God’s Law was nailed to the cross and done away with?

A lady would always comment with her scripture references in the comments section of a particular website on posts that had anything to do with advocating for adherence to God’s Law.

And in her mind and eyes, God’s Law is now completely irrelevant, and therefore, feels she is completely free from any obligation to keep it. And she uses the Apostle Paul’s writings as her evidence.

This is just another “know it all” person being influenced by the spirit of lawlessness who has stumbled colossally, and spectacularly in Paul’s writings just as prophesied would happen by Peter:

2 Pet. 3:16 –  Paul talks about these same things in all his letters, but part of what he says is hard to understand. Some ignorant and unsteady people even destroy themselves by twisting what he said. They do the same thing with other Scriptures too.

So, I decided to respond to her and directly contradict her erroneous belief that Paul is teaching that God’s Law is irrelevant, by using… you guessed it, none other than Paul’s own writings!

I titled my set of references, “Paul, on the Relevance of God’s Law”.

The following is what she posted:

My Life Under Grace

Which was  immediately followed by what I responded with:

Paul on the Relevance of God’s Law

But it just goes to show that:

Of course, the very first verse I responded with (1 Cor. 7:19) would have sufficed. In this verse, Paul is saying that the important thing for us in this New Covenant Era is TO KEEP God’s Commandments (Law).

Folks, it isn’t a mirage! It’s right there in your bible! We are obligated to keep God’s Law.