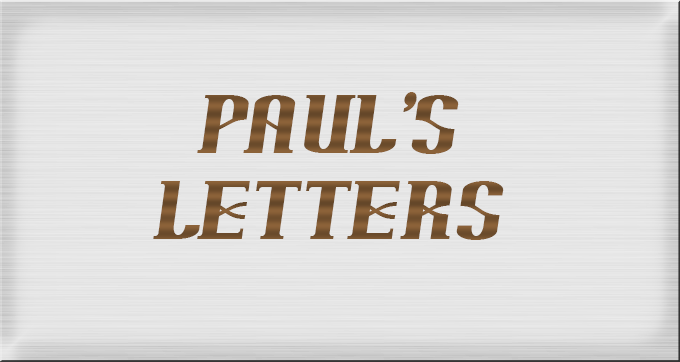 Peter once prophesied that Paul’s Letters would confuse some of the deceived masses, who would also be confused by other scripture.

And today, that prophesy has come into full fruition.

During the past years, I’ve asked people that if they could prove some of their cherished core beliefs without any of Paul’s Letters. And the answer has been a surprisingly- Probably Not.

The truth is, that if you left one of the gospel writers out, it wouldn’t matter, the bible message would still be the same. Remember, the bible does not contradict itself.

In the same sense, take away James, or Peter, or John, or Jude… and the message remains UNCHANGED. There is only one faith!

But, the reason that these confused people cling to Paul’s letters and can’t prove the bulk of their thesis outside of his writings, is because of the way Paul spoke and wrote. And the Bible, by way of Peter, even WARNS through prophecy of how many would twist and pervert Paul’s writings to their own destruction, just as they do other scripture:

2 Peter 3:15 – Bear in mind that our Lord’s patience means salvation, just as our dear brother Paul also wrote you with the wisdom that God gave him.
2 Peter 3:16 – He writes the same way in all his letters, speaking in them of these matters. His letters contain some things that are hard to understand, which ignorant and unstable people distort, as they do the other Scriptures, to their own destruction.

And of course, it is the “know-it-Alls” (YEP! They actually claim they know everything the bible teaches from Genesis to Revelation) who stumble colossally in Paul’s Letters.

Why? Because they purposely ignore the rest of the bible that would show them by way of contradictions that they have misinterpreted many of the things Paul has written. But they won’t budge from that position, for the second they do, their whole thesis goes out the window.

And so, true to Peter’s words, they will live and die from their distorted views of Paul’s letters.