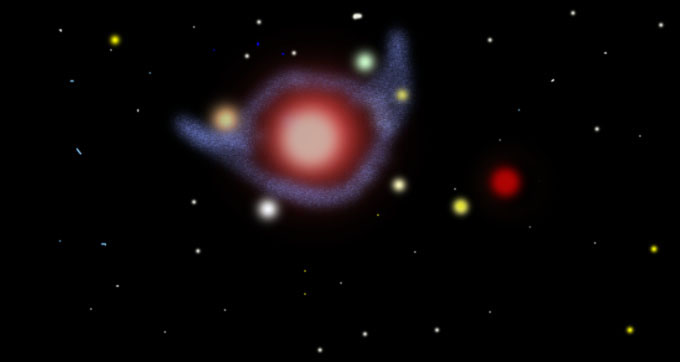 In recent years, there’s been plenty of buzz in cyberspace in regards to PLANET X. And yet, there are still plenty of folks who’ve practically never heard of it.

PLANET X, is supposedly part of a large celestial body that is anchored to, and co-exists within our own solar system by means of an irregular, ecliptic orbit, that brings its passing, or fly-by, close to earth and its neighboring planets, every 3,600 years.

And the latest news is that there is some detection at the outer most region of our solar system which is causing some of our planets to wobble, which is usually caused by a large gravitational body.

As you well know, according to meteorology records, it has been getting hotter and hotter every year for the last several years now. According to some, the approaching Planet X, is responsible for these weird climate changes.

In its fly-bys, PLANET X is supposedly accompanied by its moons and a host of destructive celestial debris like meteors, asteroids, and comets.

It is known in ancient Sumerian texts as Nibiru, or “Planet of the Crossing”.

It is a fearful and dreadful sight that is heavily chaotic to the earth and the surrounding planets at its passing.

This frightful, destructive, and enormous planet, has been called different names by the ancients. It was known as:

‘Nibiru’ by the Sumerians;

‘Phaeton’ by the Greeks;

‘Typhon’ by the Pliny;

‘Frightener’ by the Celts;

And ‘The Destroyer’ by the Egyptians and Hebrews.

Now-a-days, modern man knows it as PLANET X, and the Bible, yes the Bible, also calls it “THE DESTROYER”.

It is believed that PLANET X and its accompanying celestial army, are responsible for the solar calamities that caused the extinction of the dinosaurs and for having wiped out every thriving, ancient civilization at its height of their glory, that existed in man’s ancient and glorious past.

It is also believed that PLANET X, or “Planet of the Crossing” as it is known in texts of antiquity, was also responsible for the great deluge of Noah’s day.

Some have speculated that these are the celestial instruments that, God Himself, has appointed every few thousand years to cleanse, or purge humanity from the climax and height of evil and sin, just as in Noah’s day.

Supposedly, this purging, has a recurring time frame- which is about every 3,600 years, set and locked within our solar calendar.

Is all this really true? Only time will tell.