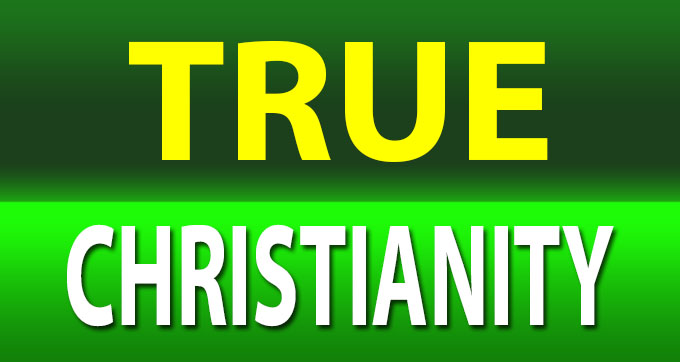 True Christianity is made up of a body of imperfect people, striving toward perfection.

So you see how a righteous man isn’t perfect, but yet, is still called “righteous”?

The reason is that such a man doesn’t “practice lawlessness”.

What Does To “Practice Lawlessness” Mean

Well, for example, after conversion, Christ’s apostles eventually sinned. Because, no one is perfect, or has ever been. No one can keep God’s Law perfect for the rest of their lives, in spite of their noble efforts.

So were they sinners? Yes!

Did they practice lawlessness? NO!

There is a difference.

The Difference Between Practicing Lawlessness And True Christianity

“For all Your Commandments are righteousness.” Psalm 119:72 (NKJV

Is he perfect in his righteousness? No! But he practices righteousness on an ongoing basis to the best of his ability. On the occasion that he slips and sins, he repents and asks God for forgiveness.

● On the other hand, a lawless person practices lawlessness. He has incorporated violations of God’s Law, as an integrated part of his daily living.

For example, keeping Sunday sacred, instead of the Sabbath. Or eating unclean animals instead of only eating the clean as God has commanded. Or having replaced God’s Holy Days with pagan holidays.

He has DELIBERATELY incorporated aspects of Lawlessness – which is sin, as a FIXED WAY OF LIFE.

He is not repenting of these things, he is actually living them! He deliberately practices lawlessness as an ongoing way of life.

This is not a sign of True Christianity which purposely aims to live free of sin.

Interestingly enough, for over forty years I’ve been hearing these people accredit this lifestyle of neglecting the Law, to a freedom in Christ that hasn’t been afforded them through scripture.

They boast a freedom which allows them to live in such an antinomian way- via, a supposed personal relationship with Christ, without any fear of facing any future consequences for doing so.

Notice, how Christ paints a very grim and somber picture of this end-time, prophetic glimpse of Judgment Day, when he’ll be faced with many of these, “In the name of Jesus” ANTINOMIANS, attempting to plead and qualify their case based exclusively on a PERCEIVED relationship with Him:

Mat 7:21 – “Not everyone who says to Me, ‘Lord, Lord,’ shall enter the kingdom of heaven, but he Who Does THE WILL of My Father in heaven.
Mat 7:22 – Many will say to Me in that day, ‘Lord, Lord, have we not prophesied IN YOUR NAME, cast out demons IN YOUR NAME, (bound Satan IN YOUR NAME), and done many wonders IN YOUR NAME?’
Mat 7:23 – And then I will declare to them, ‘I NEVER KNEW YOU; depart from Me, you who PRACTICE LAWLESSNESS!’ (NKJV)

This proves that all along, in spite of all their hyped pretensions, those who practice lawlessness , aren’t practicing True Christianity.

They actually never even had a true and valid relationship with Christ, much less, with the Father.  What disqualifies them?

A blatant disregard of God’s Law, which results in an ongoing practice of lawlessness.

So what is the moral of this story?

That a professing Christian without God’s Law, is just as useless as a Banker without money. NEITHER PROFESSION IS VALID WITHOUT THE NECESSARY GOODS!