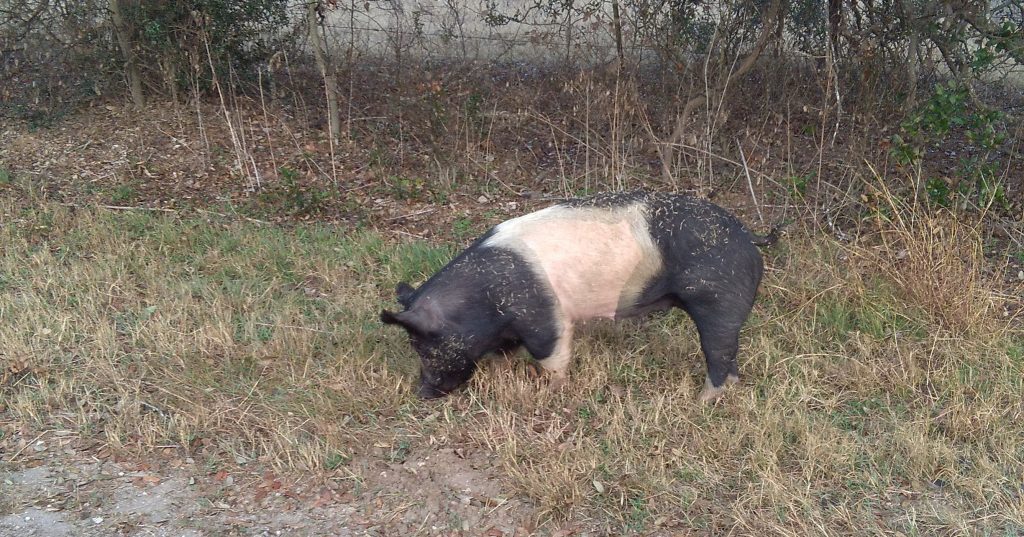 Were pigs cleansed at the cross?

Why do so many stubbornly insist that UNCLEAN animals were SUPPOSEDLY cleansed at the cross?

Tell me, what would have been the DIVINE purpose behind that?

It is insulting to the Persona and Spirit of Christ, when it is candidly suggested that His precious, life-giving blood, was also shed on the cross for a dirty, stinky pig, that is still as filthy and unclean as it was on the very day it was created.

STOP mingling the holy, precious blood of Christ, with UNCLEAN animals. It is a disgrace! His blood didn’t cleanse pigs, it cleansed us from our sin. He died for us- not for cleansing unclean animals.

God did not make a mistake by creating unclean animals in the first place, and then later, had to cleanse them on the cross. No! God doesn’t make mistakes.

In any case, suggesting unclean animals were cleansed at the cross wouldn’t have been scripturally possible! Here’s why:

Heb 9:16 – For where a covenant is, the death of him covenanting must be offered.

Heb 9:17 – For a covenant is affirmed over those dead, since it never has force when The one covenanting is living. (The reason is because while he is still alive, he is free to alter, completely annul or make changes to any part of the covenant, as His wish may be).

Heb 9:18 – Therefore not even the first covenant was inaugurated (or ratified) without blood.

Gal 3:15 – To give a human example, brothers: EVEN with a man-made covenant, NO ONE annuls it or adds to it ONCE IT HAS BEEN RATIFIED.

So what does all that mean?

Simply put, Christ is THE AUTHOR of the New Covenant. The very one who RATIFIED it by His own blood and death.

Any changes or implementations to it, could have only been made BY HIM BEFORE HIS DEATH. After his death– NO ONE CAN ALTER IT BY ADDING OR TAKING AWAY FROM IT – and that would include Paul.

At that point, it’s a done deal. It has gone into effect!

It’s just like a Family WILL. If you have a WILL that’s already completed, it will go in force ONLY at  the time of your death. While you are still alive, you can continue making any changes as you so desire because it hasn’t gone into effect yet.

But once you die, it immediately goes into effect AND NO ONE CAN ALTER IT AFTER THAT. IT IS FINAL!!!

Therefore, UNCLEAN animals WERE NOT cleansed, or ALLOWED for food purposes AFTER the death of Christ, as is commonly believed.

IT’S IMPOSSIBLE! Christ would have had to have done this at some point while he was still ALIVE– BEFORE His death. BUT HE NEVER DID!

On the very day He was nailed to the cross, PIGS WERE STILL filthy, dirty and UNCLEAN! Just as He created them… and still, forbidden to be eaten (Leviticus 11 and Isaiah 66:15-17).

So, no! There were no pigs or other unclean animals cleansed at the cross.